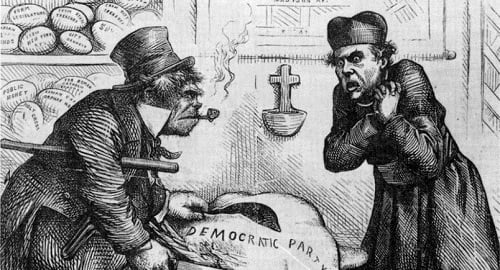 Immigrants often get a bad rap in the West. For the most part, it’s undeserved. A few bad apples (like myself) blow up a bus, behead a cartoonist, or set an unchaste woman on fire, and everyone overreacts and screams for deportations. It’s ridiculous. After all, if we are all deported, who will do the jobs that the infidels are too lazy to do, like washing dishes and flying passenger planes into buildings?

You smug native-born citizens should remember that many of your favorite American celebrities have Celtic-pig blood coursing through their veins: George Clooney, The Jonas Brothers, and Eddie Murphy just to name a few. Well, not long ago, the Irish were the filthy immigrants with the weird religion that everyone wanted to deport. Don’t believe me? Then take a look at these anti-Irish cartoons from back in the 1800s that we stole from another website. They are pretty offensive. If I were Irish, I would track down the author’s decedents and murder them in their sleep. But that’s just me.

At any rate, have fun worshiping Saint Patrick, you filthy pagans! 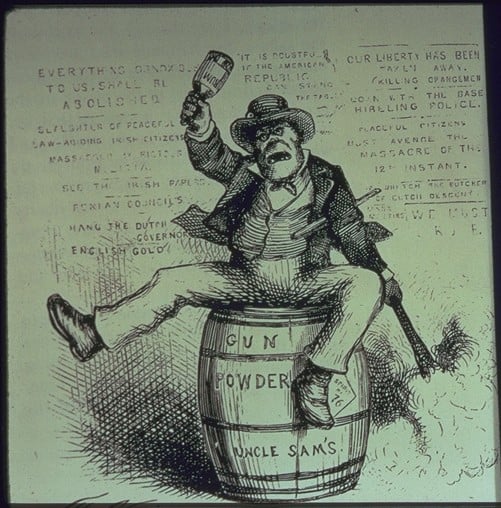 The Mortar of Assimilation (1889) – Only the Irish immigrant is causing trouble. 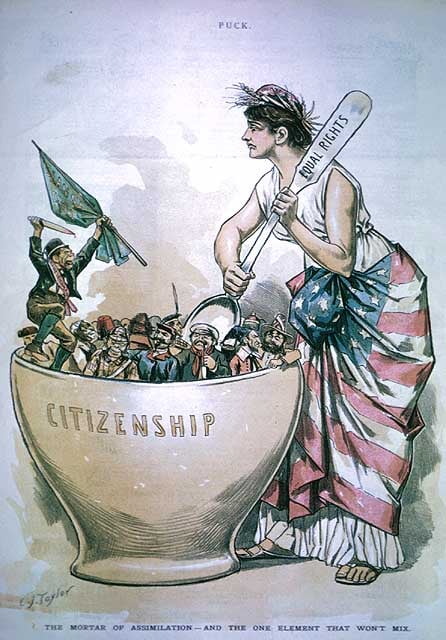 Killing the Golden Goose (1878) – An Irish thug and a filthy Catholic priest carve up the Democratic Party (portrayed as the goose that laid the golden eggs). 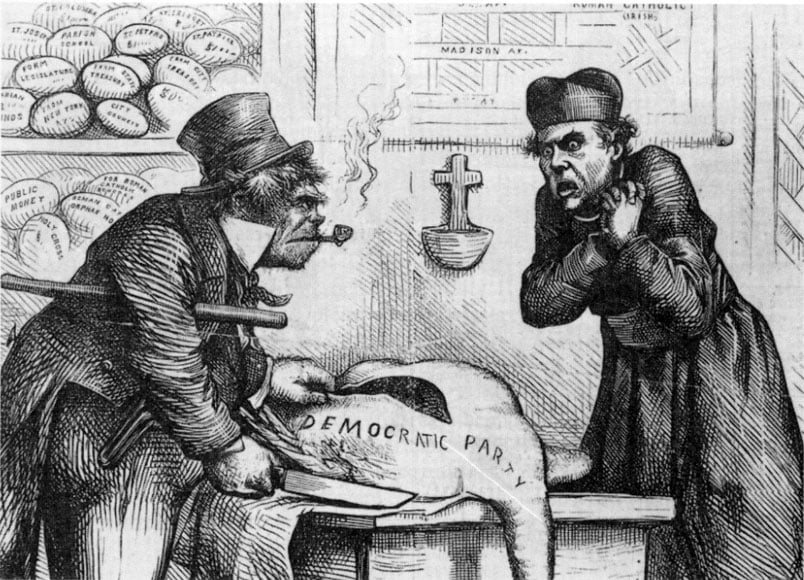 Uncle Sam’s Lodging House (1882) – Of all the immigrants, only the Irishman is causing trouble. Even the “Negro” is getting along with everyone, and something tells me “Negroes” weren’t all that popular in 1882.

“The Most Recently Discovered Wild Beast” (1881) – Yet another cartoon portraying the Irish as violent and subhuman. 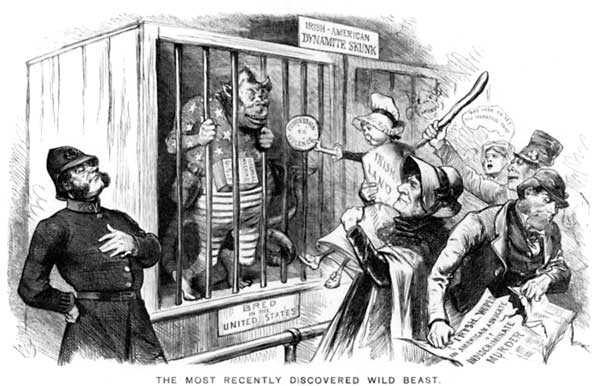 The Irish Declaration of Independence (1883) – “Stereotypical image of the Irish American woman who is large, with big feet and muscular arms and a violent, domineering temper.” Must remind you of your mom, eh Shamus? 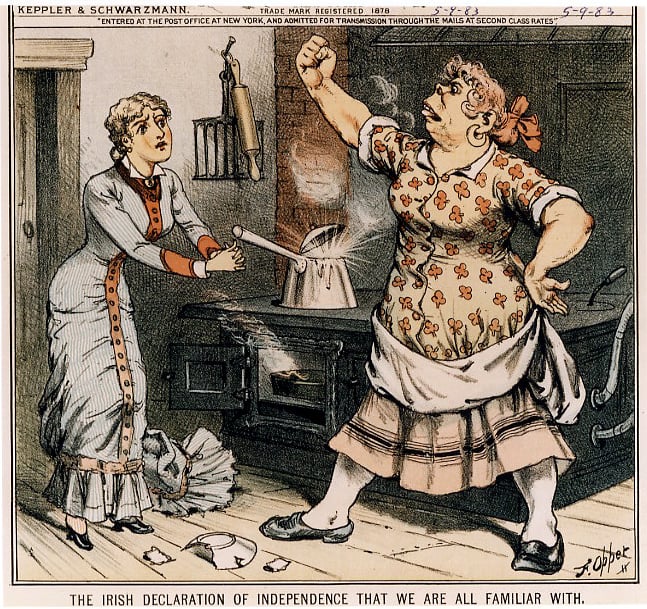 The Ignorant Vote (1876) – Harper’s Weekly depicts the “ape-like” Irish (or “White Negro”) Democrats in the north balancing out the Republican-voting blacks of the south. 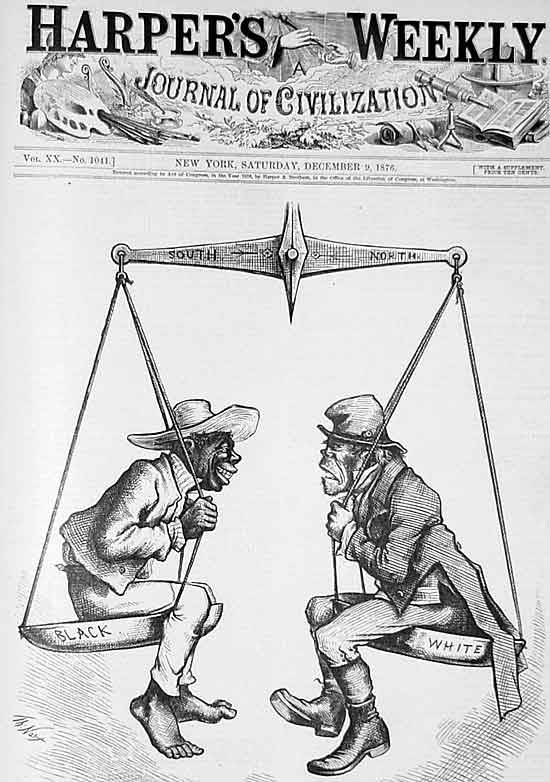 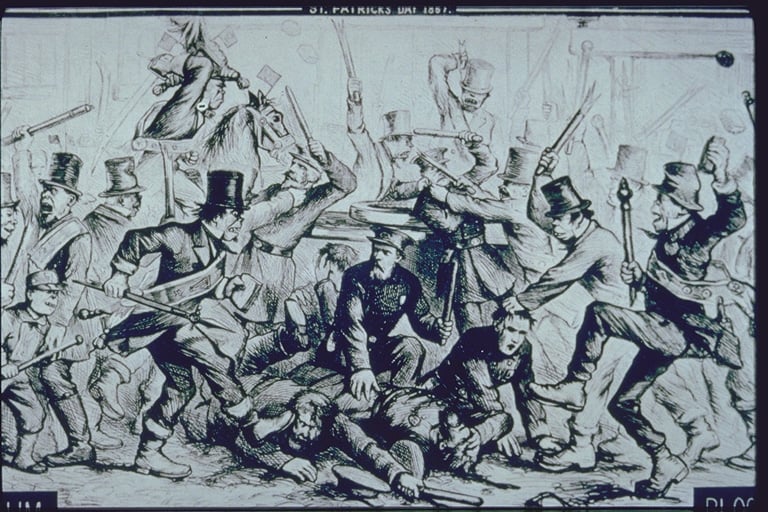 Everybody Works But Father (1905) – Image of your typical Irishman, rocking at home while his family does wash to earn income. 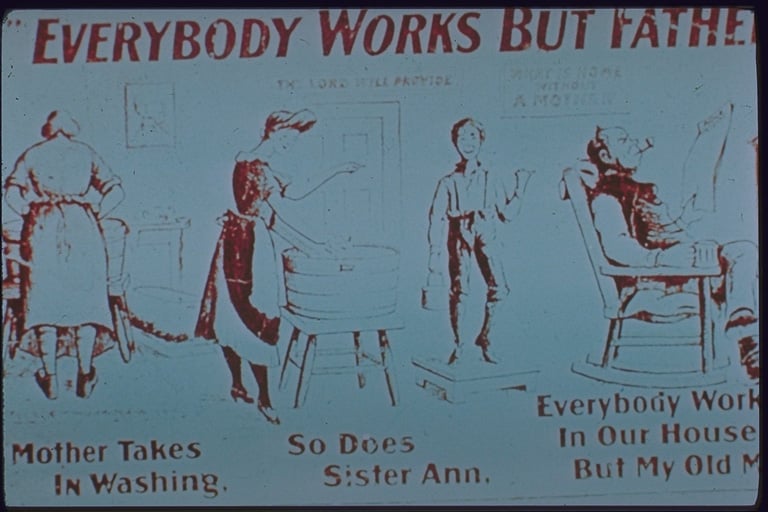 The Propagation Society (1855) – An anti-Catholic cartoon, reflecting the nativist perception of the threat posed by the Roman Church’s influence through Irish immigration and Catholic education. Obliviously they hadn’t heard of pedophilia at the time. 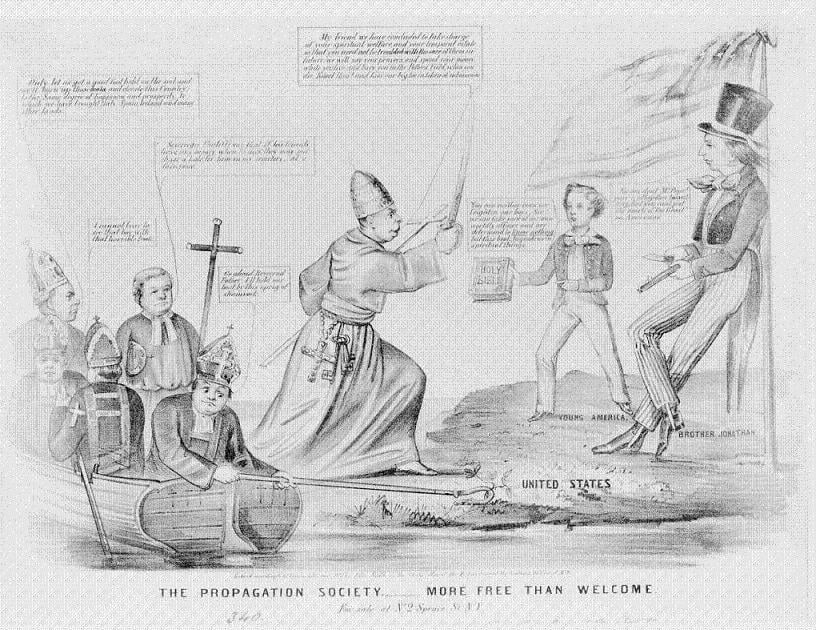 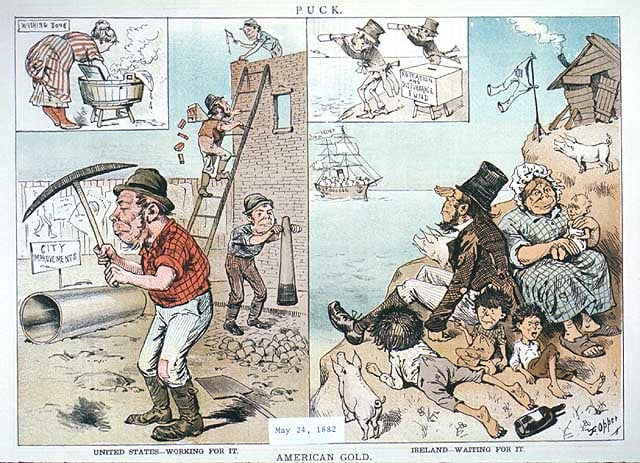 Outrageous (1893) – This cartoon suggests monkeys deserve better than to be given Irish names. 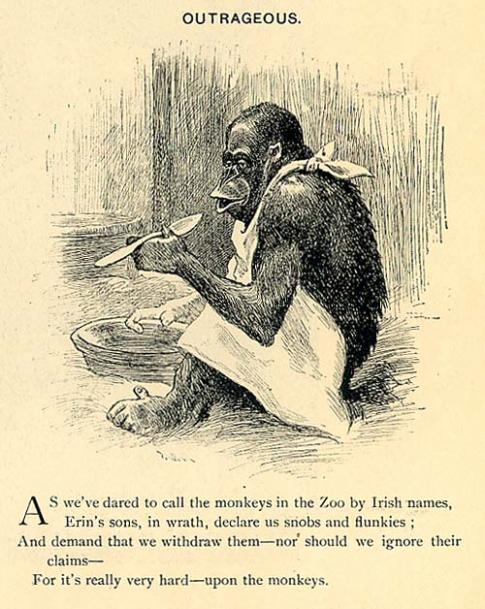