The video above features actress Ana de Armas getting molested while laying naked on a wood table in the short art film “Anima”. 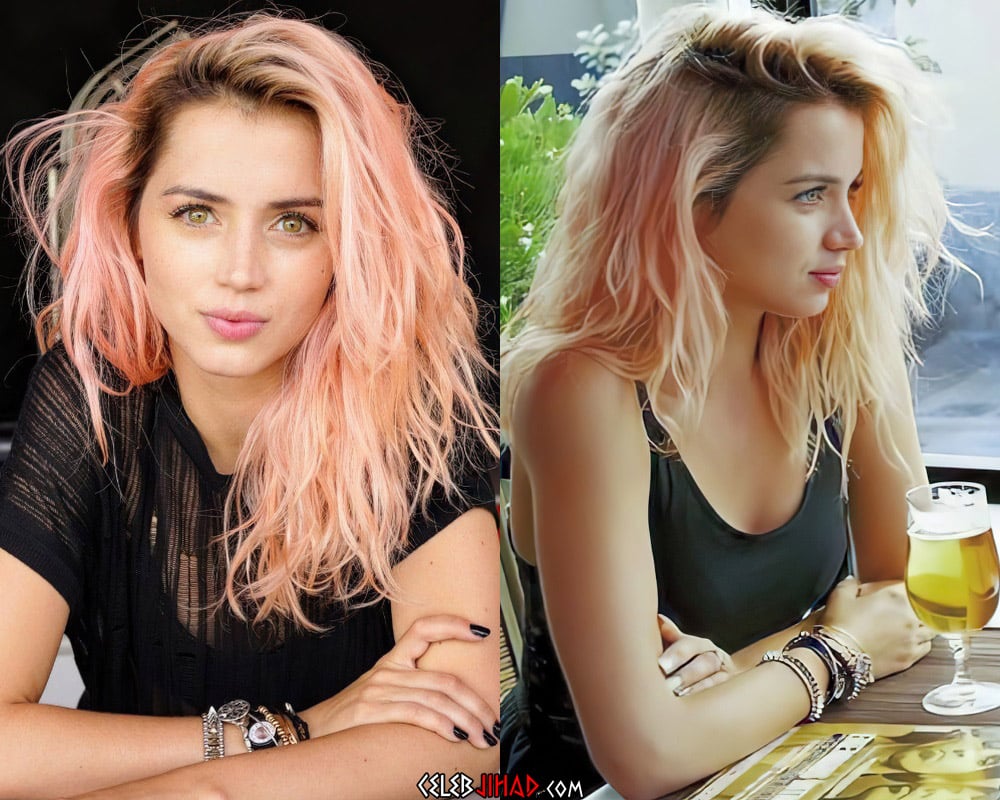 After following Ana’s career for years now, it is clear that the director’s pitch of this film to Ana went something like the conversation below…

Director: Ana I’ve been a big fan of your work for years now, and I’d love for you to take part in this exciting new short film I am working on.
Ana: Si
Director: You see Ana it is a celebration of the beauty of the female form. It is going to be ripe with symbolism and extremely tastefully done.
Ana: Que?
Director: Its a commentary on the aesthetics of a woman’s body… The artistic nature of feminine curves.
Ana: Que?
Director: … I can see there is no bullshitting you. Basically I want you to lay naked on a table and show off your tits while getting felt up… We will pay you up front.
Ana: Dinero por mi tetas? Ahh Si Si! Muy Bueno!