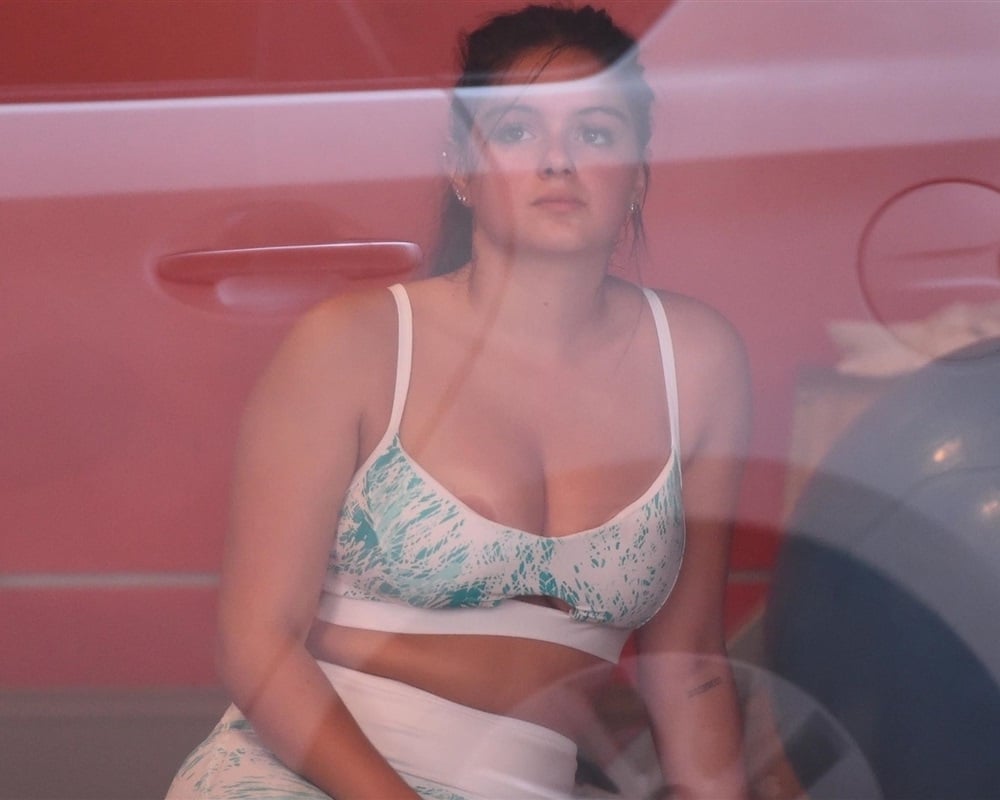 As you can see in the photos below, Ariel (or should I say Areola) Winter’s idea of a workout is her sitting on the gym floor with her nipple hanging out as she daydreams about all the pie she is going to stuff down her bloated gullet later.

In fact, the only time Ariel moves her fat ass is when she hurriedly waddles to her car to go get her post-workout In-N-Out Double-Double with a large Diet Coke.

Admittedly that is not entirely true as Ariel also did do this side vagina stretch exercise in the video below.

Of course if Ariel wanted a real workout she’d go put her enormous mass to good use pulling the plow on a Muslim’s poppy plantation. You better believe that once the whip starts striking her blubbery hindquarters she will be putting in some real hard work as she howls in pain and drives the till through the rocking earth.