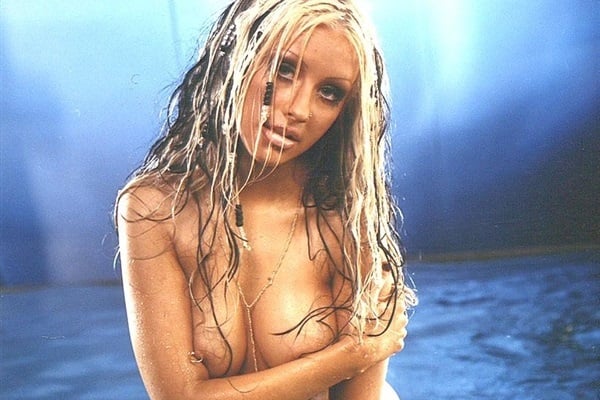 For this week’s “Throwback Thursday” we take a look back at 2003 with the complete set (including all the outtakes) from Christina Aguilera’s infamous topless photo shoot for Maxim magazine.

One could argue that this Christina Aguilera Maxim photo shoot was a seminal moment in pop music history, for it really set the blueprint for former Disney stars to follow, and they have been brazenly whoring their bodies in mainstream publications to gain notoriety for their crappy music careers ever since.