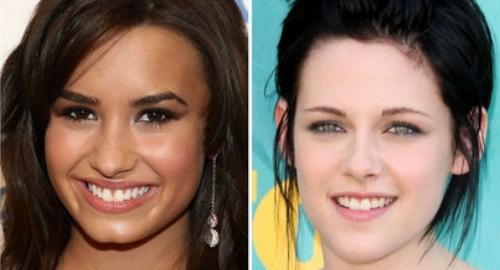 Demi wrote on her Twitter, “Dear Kristen Stewart, you seem like the realest person in Hollywood. I admire you so much and I hope to meet you someday.”

Looking at Demi’s twat it is obvious that she has a thing for Kristen Stewart. I mean it is practically oozing admiration. However, I don’t think Demi should be twittering a girl she doesn’t know.

Demi has got to learn that her twats are something that should be cherished, and not just flung around willy-nilly. And just because she has a thing for a girl does not mean she can twitter her whenever she feels like it.