Emily Ratajkowski shows off her under boobs while dancing around in the Love magazine Christmas advent calendar video above.

The original version of this video was directed by the dirt skin Hype Williams, so naturally it was all messed up and so slowed down that Emily Ratajkowski looked like a complete retard while dancing in it. Luckily us Muslims corrected this nig nog’s mistake by remixing the video, and now Emily only looks like a partial retard as she shakes her ass to Salt-N-Pepa’s “Push It”.

Of course what a whore like Emily Ratajkowski jiggling her tit and booty meat has to do with the birth of Jesus is unclear. The fact that Christians allow magazines like Love to get away with this sort of blasphemy against their baby Jew God is why us righteous Muslims have absolutely no respect for them. 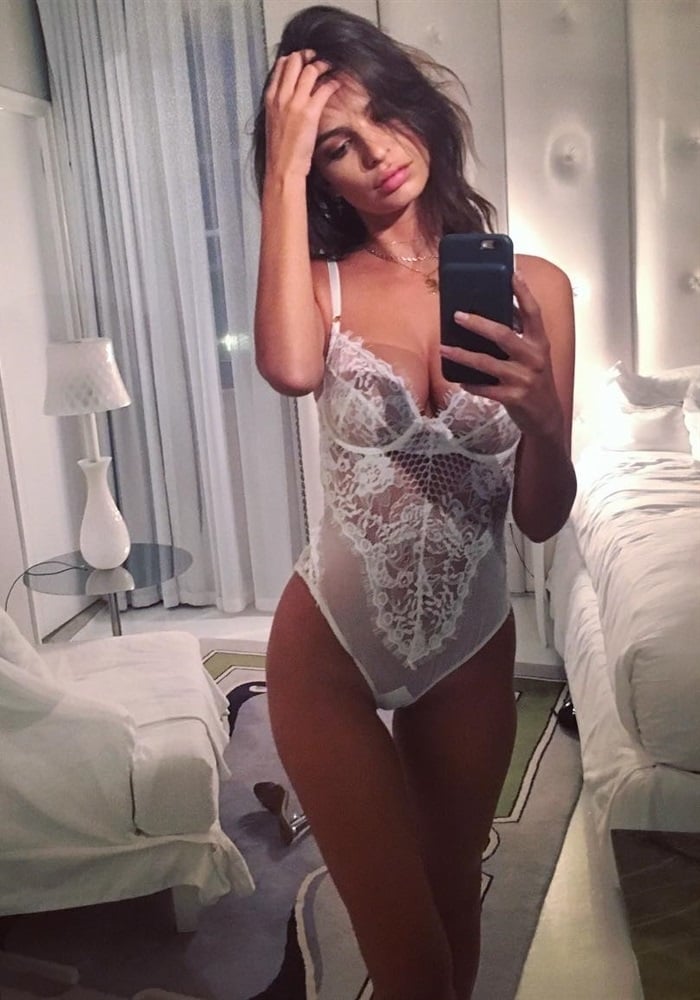 For you better believe that if a magazine paid Emily Ratajkowski to defile one of our holy holidays, like say by having her pose nearly naked in the white lingerie selfie above during Ramadan, we’d make them pay worse than Charlie Hebdo.