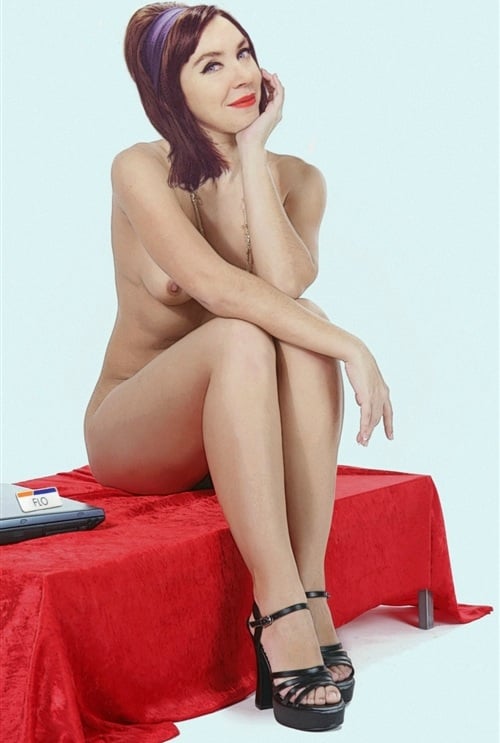 If you have ever been unfortunate enough to watch infidel American TV you’ve no doubt seen the Progressive Insurance commercials featuring an offensive sass-mouthed woman named “Flo”.

This Flo makes stupid faces while babbling on about different insurance products in direct violation of the Muslim law that women should be neither seen nor heard.

Now Flo appears to have taken her blasphemy to the next level by prostituting her frumpy nude body in the photo above. If this is the type of thing that sells insurance in the heathen US of A they are going to need to buy a lot of it because us Muslims are going to turn their possessions into dust.