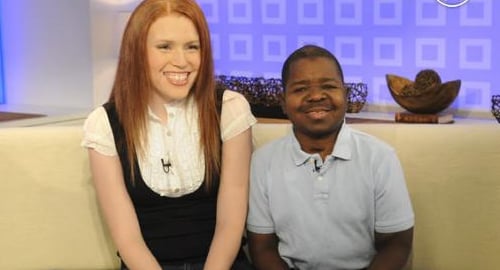 Gary Coleman’s ex-wife, Shannon Price, is reportedly shopping around photos of her ex-huband’s lifeless corpse, according to TMZ. What makes the matter even more insulting is that she’s reportedly willing to part with the pics for “five figures.” I’ve paid more for elderly camels and post-pubescent girls.

These unruly American women have no dignity. She did not even bare children for Gary, and now she seeks to humiliate him, even in death! This is why Allah had the foresight to create burqas and female circumcision. If this woman had been trained from an early age, we would not be witnessing such a disgusting display. But thanks to shows like “The View” and the unholy invention known as the tampon, this is what society has become.

At least Gary’s misfortune has served as a waning. I’ve already taken precautions to make sure that this cannot happen to me. My wives and any unmarried daughters are to be burned alive in the event of my death, making such a betrayal impossible. Thank you for showing me the light, Gary Coleman.