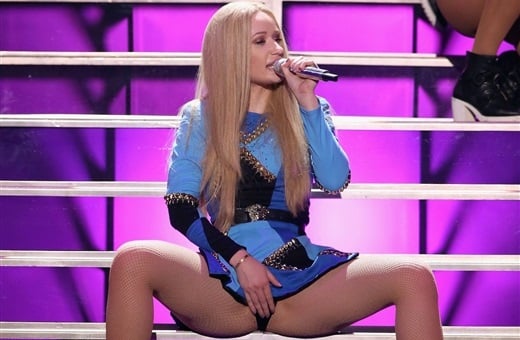 Rapper Iggy Azalea has greatly offended us pious Muslims by showing her camel toe while in concert in this photo below.

How dare Iggy Azalea defile the good name of the noble camel by imitating its toe with her diseased coal burning lady crotch like this. Rest assured that Iggy will feel the wrath of a strongly worded fatwa shortly.

Of course it should come as no surprise that Iggy would launch this cowardly attack on Islam, as she is now America’s favorite mud shark whore. Every song Iggy puts her retarded mumbling gibberish on (which she calls “rapping”) seems to go to the top of the charts. One can only hope that one day soon a camel is able to enact its revenge by kicking Iggy in throat, shutting her up once and for all.