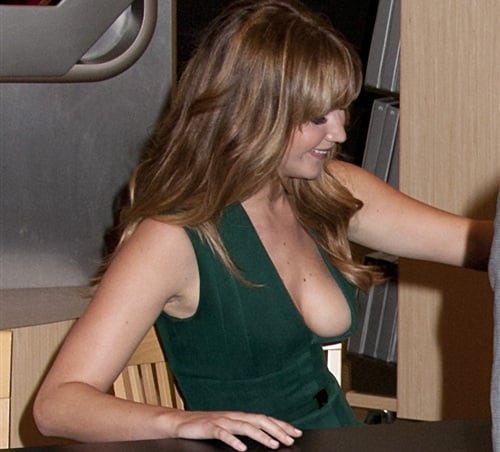 Jennifer Lawrence is the star of the new movie “The Hunger Games”, which set the box office record for a non-sequel by making $155 million in its first weekend. Clearly the infidel masses are going mad for this movie, but why?

The story appears to be about some frumpy looking dyke running around in the forest playing grab ass with effeminate lady boys. Which is to say there is nothing about this movie anyone who isn’t a fat high school girl would want to spend money on seeing.