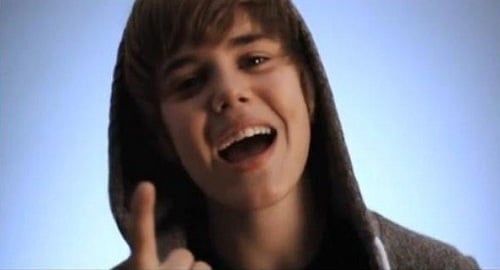 According to a source close to the star, Bieber is constantly smelling her fingers throughout the day for no apparent reason. When confronted about the disgusting behavior, Bieber will get defensive and claim that she is simply making the “peace” sign. If pushed on the subject, Bieber will run out of the room and begin to cry.

“It’s a compulsion,” said the source who we met at the Costco concession stand in Oxnard, California. “Justin will just sit there all day sniffing her fingers and giggling to herself. I’m not sure what they smell like, but it’s pretty gross.”

Now, first of all, let’s not jump to conclusions about where those fingers have been. Sure, they could have been scratching Bieber’s anus only moments before, but at the same time, they could be freshly washed, and Justin could simply be enjoying the clean scent of Purell.

Second, it’s perfectly normal for children to go through a “finger smelling” phase. As a boy, I would routinely sniff my fingers after running them through a camel’s hair. Even in my late teens, I would find myself sniffing my fingers after handling skarn rocks during the stoning of adulterous women in our village. But I grew out of it, and so will Justin.

Everyone is so quick to jump on the celebrity-bashing bandwagon that they lose sight of the fact that Justin is just a child. Being so popular at such a young age must be like living in a fishbowl.

We should all step back and remember that in a few short years, Bieber’s fresh young face will be hidden by a burqa and she will be married to a prominent clansman. For now, let’s just let the kid be a kid.