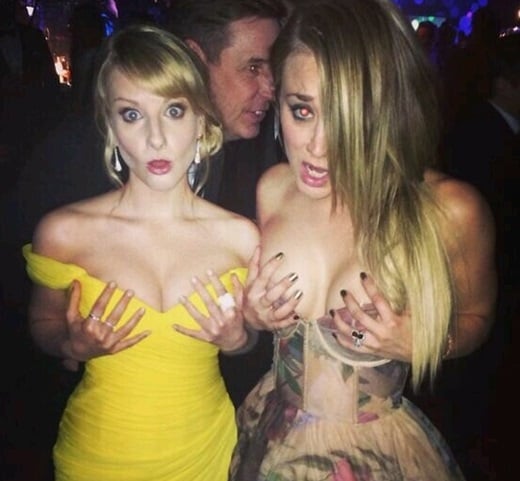 The “Golden Globes” were held last night and “The Big Bang Theory” stars Melissa Rauch and Kaley Cuoco were photographed at the after-party holding and squeezing their Golden Globes in the photo above.

Of course this is the closest either of these talentless twits will ever come to handling Golden Globe, as the fact that they were even nominated for everything besides a swift beheading is an outrage.

Obviously the Golden Globe producers were hoping that by nominating Kaley Cuoco and Melissa Rauch they would come and pop out their tits on the red carpet thus boosting the show’s ratings. However, true to form the girls missed their cue and didn’t start fondling their breasts until after the show was over.