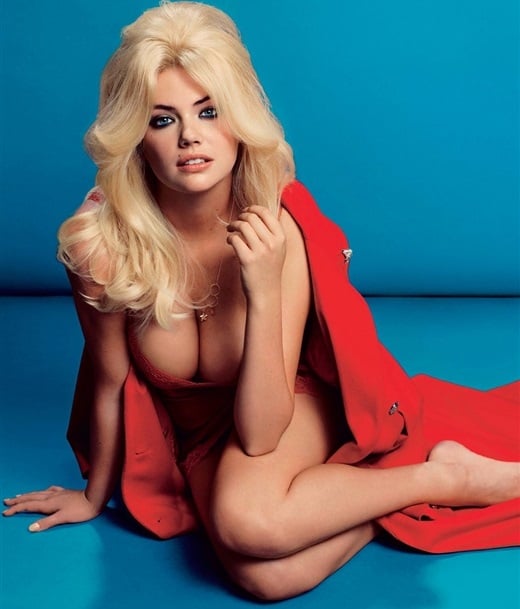 Kate Upton is a blast from the past as she dresses up like a big breasted pin-up girl in this photo from V magazine.

Yes this Kate Upton pin-up girl photo could easily be mistaken for one that inspired the brave soldiers who fought for what was right in WWII. One could imagine this Kate Upton pic riding along in a Panther tank, or being taken to the skies by the Luftwaffe… or better yet taped to the inside of a guard tower at Auschwitz.

This photo is a great reminder of the glory days of the white race. When its men were actually men, and unafraid to assert their superiority over the subhuman Jews, gays, coloreds, and mouthy women. Unfortunately despite this Kate Upton cleavage pic those days are long gone, and now only us Muslims remain as the last bastion of true masculine strength.