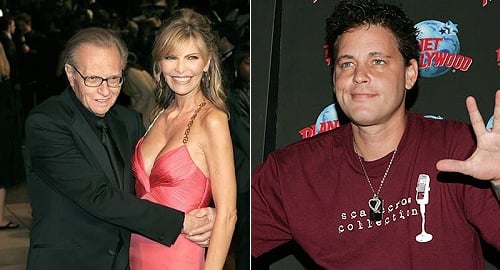 Actor Corey Haim was found dead this morning in his Burbank apartment. The mainstream media will tell you that the 80’s heartthrob died of an “accidental drug overdose,” the same excuse they always use when a cover up is afoot. But the fact of the matter is that Corey, like so many of his celebrity brethren, was probably murdered for his organs.

Let’s do the math. Corey was only 38. Brittany Murphy died of an overdoes at the age of 32. Anna Nicole Smith OD’ed when she was 39, and her son Daniel OD’ed when he was only 20. Michael Jackson, Billy Mays, River Phoenix: the list goes on and on. Yet Larry King, at the age of 76, is still going strong. He’s in the best shape of his life, he’s on his seventh wife, and he’s had three children since 1997. Sex appeal just oozes from him.

How then can a man who is well into his 70’s stay so active and virile? Could it be that Larry, a rumored member of the Elders of Zion, is using his connections within Mossad to harvest the organs of young (or at least younger) celebrities? As Gary Busey showed us in the classic film, Kurtlar vadisi – Irak, Mossad has been harvesting Arab organs for years to be sold in the West. Perhaps the tables have turned, and celebrity organs are now being harvested. It seems America’s chickens have come home to roost.