Megan Fox In A Bikini To Distract From Transformers 3 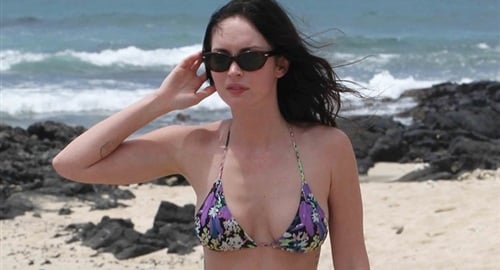 They say hell hath no fury like a woman scorned, and after being scorned by “Transformers” director Michael Bay when he fired her from the series, Megan Fox took her revenge by appearing on a beach in a tiny bikini.

It is obvious by Megan Fox’s lily white skin that she does not wear a bikini often. However, with the release of “Transformers 3” being just 9 days away, Megan is obviously desperate to grab headlines and distract the public. Of course the only way Megan Fox knows how to get attention is to prostitute her body on camera, and that is just what she is doing in these bikini pictures.