Believe it or not actress Michelle Monaghan has only ever been naked once on the big screen, and that was in the nude scene above from the film “Kiss Kiss Bang Bang”.

It certainly is surprising that a brazen Jezebel like Michelle Monaghan has only shown off her nude itty bitty titties one time considering she willing posts depraved bikini photos like the one below to the Web. 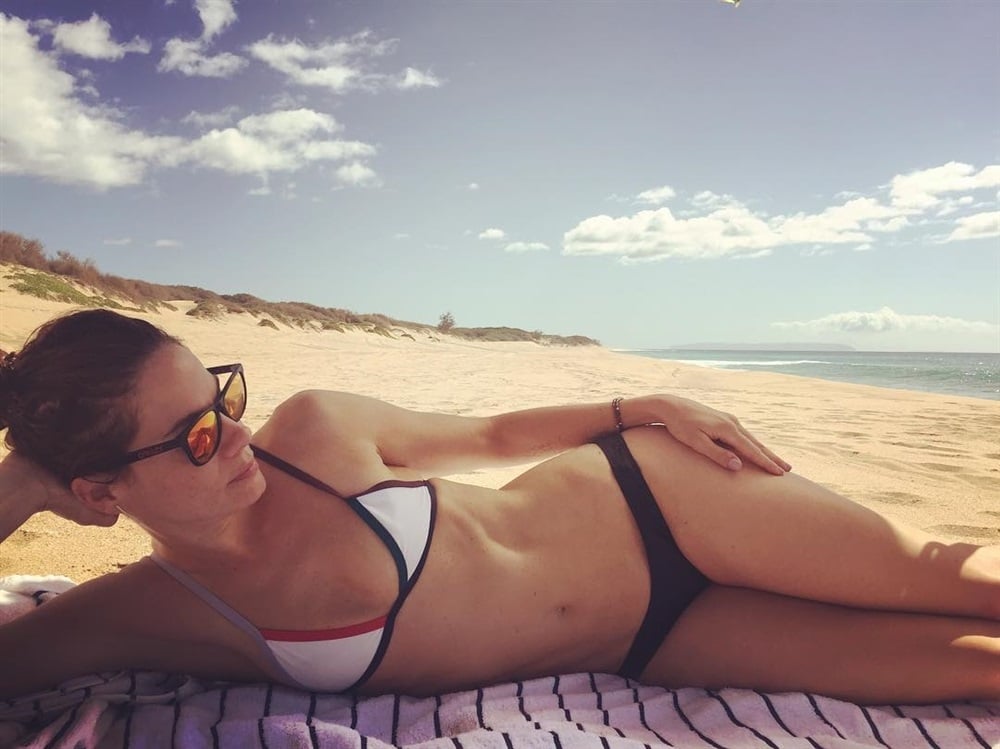 Michelle can cut out the false modesty for she isn’t fooling anyone, least of all us pious Muslim men. For when she stands in Sharia court the verdict passed down will be simply “bang bang”, as in the sound of the righteous stones of justice bouncing off of her degenerate noggin. Then her uselessly scrawny female body will be tossed on top of the compost heap, and all sorts of insects will be crawling over her sex organs… And Robert Downey Jr. will probably still try to f*ck her.