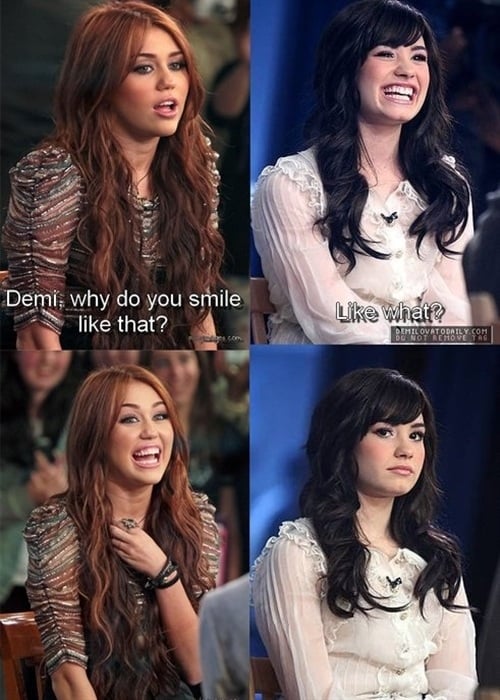 According to these captions on this picture I found on the Internet, the beef between Miley Cyrus and Demi Lovato is quickly escalating.

Well this battle of the Disney sluts took an ugly turn when Miley Cyrus mocked Demi Lovato’s smile in the picture above. I find Miley teasing Demi for her smile a little cruel and frankly very lazy considering there is so much other stuff to tease Demi Lovato about.

Just off the top of my head I can think of a few things that would get to Demi Lovato more than making fun of her smile. Demi has always struggled with her weight, and her hips aren’t exactly getting any smaller. Demi has a gap in her teeth and her family are filthy Italian immigrants. There is a lot of teasing material right there.

Miley next time how about you try something like, “Hey Demi, you stupid dago I bet I could fit a salami between your gap, but then you’d probably eat it and it would go straight to your enormous thighs.”