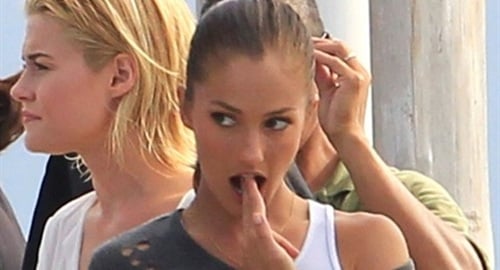 As you can see in the photo above, actress Minka Kelly, who recently broke up with her New York Yankee boyfriend Derek Jeter, signaled that she is on the prowl for a new man by finger f*cking her hot little mouth.