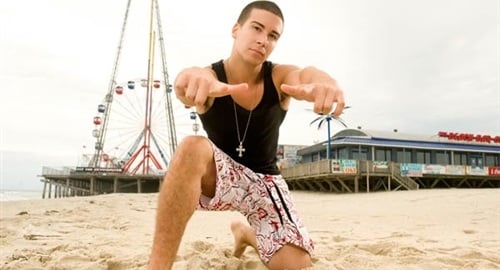 Vinny from the hit MTV reality series “The Jersey Shore” made headlines yesterday when he released a rap song on YouTube with lyrics about “pretend raping” a stripper. Us Muslims are outraged by Vinny’s insensitive and callous use of the holy act of rape.

As this Afghan woman who faces 12 years in prison for not marrying her rapist found out, us Muslims take rape very seriously. Stating that you want to rape someone is as good as a wedding proposal under Islamic law.

That is why Muslims are demanding that Vinny make good on his lyrics and marry a stripper immediately. If he does not then Vinny should be prepared to face the wrath of a strongly worded fatwa. Allahu Akbar!