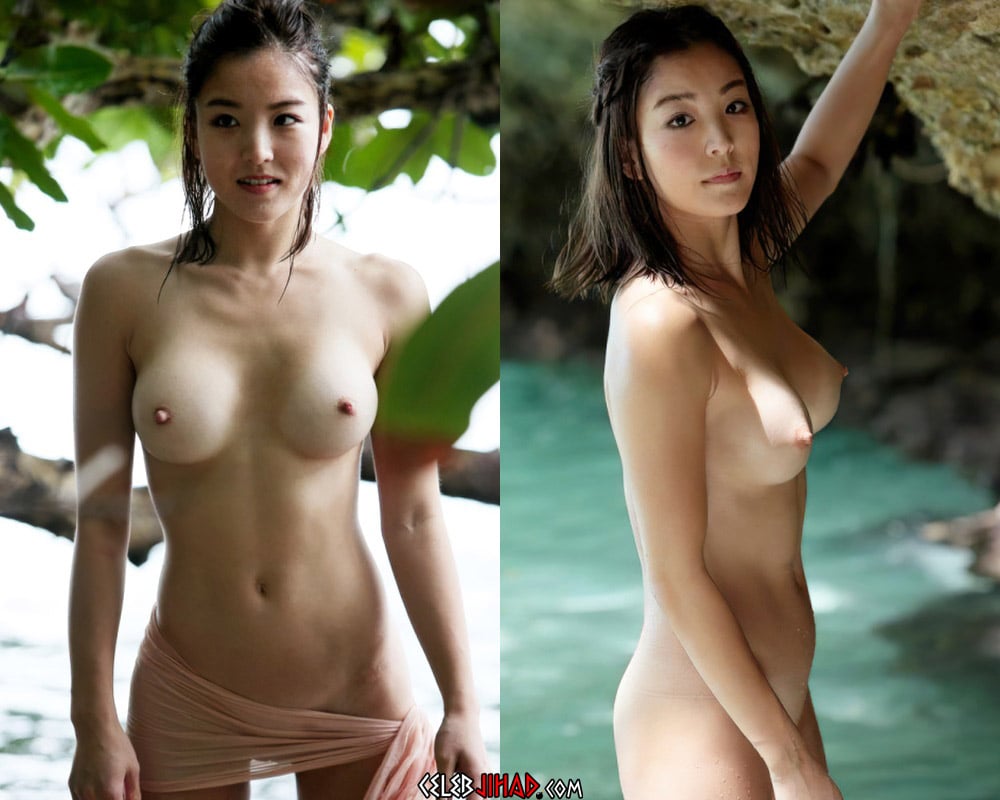 After retiring from being molested by her coaches in the highly competitive world of female gymnastic, Risa has clearly decided to put her tight body to better use as a concubine in the court of the Emperor in the Chinese nation of Japan.

Sadly instead of maintaining the halal underdeveloped nubile appearance of a gymnast, Risa chose to pay to get a couple of rice balls stuffed inside of her chest cavity by some sake swilling back alley surgeon. This is especially disappointing considering the fact that she is one of the few Asian women who shaves her sin slit, and would thus certainly be able to pass herself off as a girl of a proper breeding age.