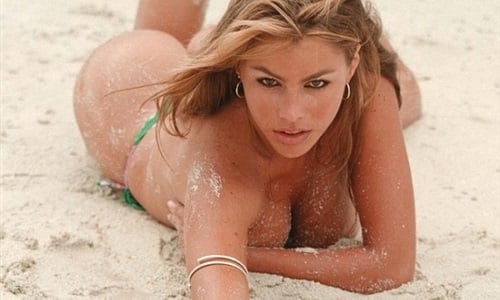 It may be hard to believe but at one time many years ago “Modern Family” star and old Mexican whore Sofia Vergara was something of an attractive fertile woman.

As you can see in the bikini pictures below which were taken in Miami in 1998, Sofia Vergara use to have all the makings of an adequate concubine. It is just a shame that back then Sofia chose to spend her days sucking off TV producers until she finally landed a sitcom, instead of taking the righteous path by traveling to the Middle East and serving in a powerful Muslim’s harem.

One can only imagine how Sofia Vergara’s life would have been different if she would have embraced her destiny as a Muslim spunk receptacle back when these bikini pictures were taken. However, there is no doubt that she would be infinity better off if she had.