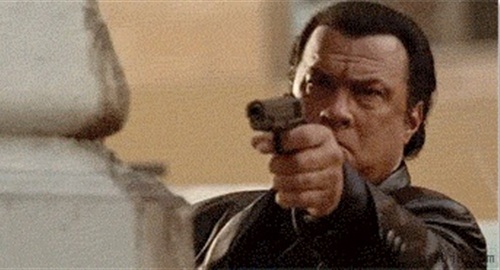 When Steven Seagal isn’t out arresting brown people as a cop in Jefferson Parish, he is fulfilling the will of Allah in other ways, like gunning down infidel children as shown in the video below.

Steven Seagal understands the importance of shooting the infidels while they are kids, because the infidel child of today will grow into the evil kuffar of tomorrow. They must not be allowed to breed, which they start doing (if MTV is to be believed) at the age of 16.