Teen Mom Amber Suicide Attempt, Can’t She Do Anything Right? 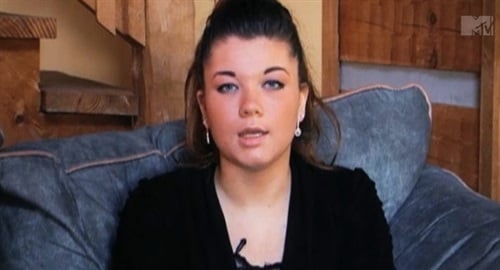 MTV “Teen Mom” star Amber Portwood was rushed to the hospital in Indiana yesterday after she allegedly tried to commit suicide.

For those who don’t know Amber is a foul-mouthed portly whore who got knocked up in high school by some fat slob named “Gary”. So basically she is your typical American girl.

Why Amber tried to take her own life is still unknown. However, we can only assume that she finally had a moment of clarity and realized what a disgusting piece of trash she was, and decided to do the honorable thing and kill herself.

Of course being the stupid infidel that she is, she failed miserably and reportedly is not even visibly hurt. What a complete f*ck up!