The Emmys Were an Affront to Muslim Fundamentalists Everywhere 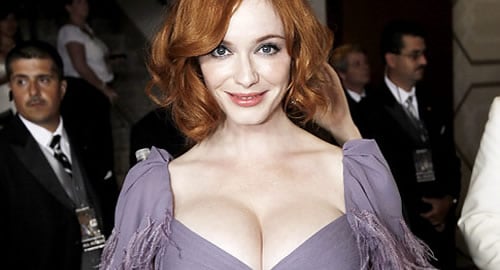 Last night I had the misfortune of watching the 2010 (1431 A.H.) Emmy awards, and I am unable to recall a more offensive spectacle. Not since the pagan crusaders captured Jerusalem in 1099 (492 A.H.) has the Muslim world been so openly insulted by Christian barbarism.

Wave after wave of scantly dressed harlots paraded their flesh on the red carpet for all to see, yet not one actress was wearing a Burqua. Designers like Oscar de la Renta and Jean-Louis Scherrer Haute Couture continue to discriminate against Muslim women everywhere by ignoring the need for a stylish, sophisticated look that also completely conceals the vile temptations of the female form. I was so disgusted that I would have settled for the sight of Christina Hendricks in a Hijab, but even this proved too much for the decadent Hollywood prostitute.

The ceremony itself was no better. While I was pleased to see the host, Jimmy Fallon, was not a Jew, his song and dance numbers with the cast of “Glee” were beyond debauched. Not only is dancing with a non-familial relation strictly forbidden by Sharia law, but interacting in such a manner with teenagers is disgraceful. Those girls should be collecting a dowry and preparing themselves for marriage, not performing onstage like a common street walker.

I won’t even bring up the fact that not a single Muslim fundamentalist received an award. But would it have killed one of the winners to have called for the release Khalid Sheikh Mohammed, or at least paid lip service to the destruction of Israel? I thought Hollywood was supposed to be progressive?

I know the Emmys are an award show, but the only winner last night was the Zionist-Crusader alliance…and “Mad Men,” which is surprisingly tolerable.