The Girls From Glee In Their Underwear 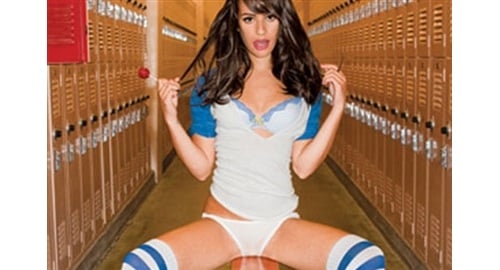 The girls from Fox’s hit show “Glee” posed in their underwear for GQ Magazine.

If you are fortunate enough to have never seen the show Glee, then you are far more blessed than me. One particularly cruel nurse at the assisted living care center were I currently reside derives a sadistic joy in inflicting us with the show on the center’s only television. Needless to say a fatwa has been issued and I expect to see her head on a pike shortly.

From what I can gather, Glee is a show about a gang of homosexual Jews and misfits in High School. They run around singing pop hits under the direction of a small homosexual pedophile, to the dismay of the handsome male cheerleading coach.

I don’t try to understand corrupt American society, so I can not tell you what sick enjoyment the American kuffars could possibly get from this show. The only thing I know is that Glee is definitely an affront to Allah, and everyone involved with this show should be stoned posthaste.

Until then enjoy these pictures of the girls from Glee in the underwear.