The Hottest Girls Of G4 TV 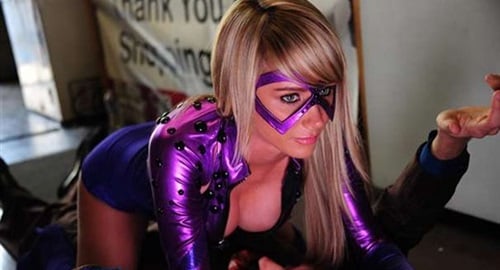 To celebrate the end of the blasphemous video game expo known as “E3”, we have compiled photos below of the hottest reporters from the video game TV channel G4.

Almost all video games are offensive to Islam as they portray a virtual reality that is not in line with the teachings of Islam. Of course “Grand Theft Auto” is the exception to this rule, as in this game the player can honor the Prophet by spending hours roaming the streets beating women not in burkas to death.

So without further ado here are the hottest girls of G4, one or two of which (Olivia Munn and Sara Underwood) have the looks to actually serve as a low level concubine in a virile Muslim’s harem.