Tiger Woods Back In Creep Mode 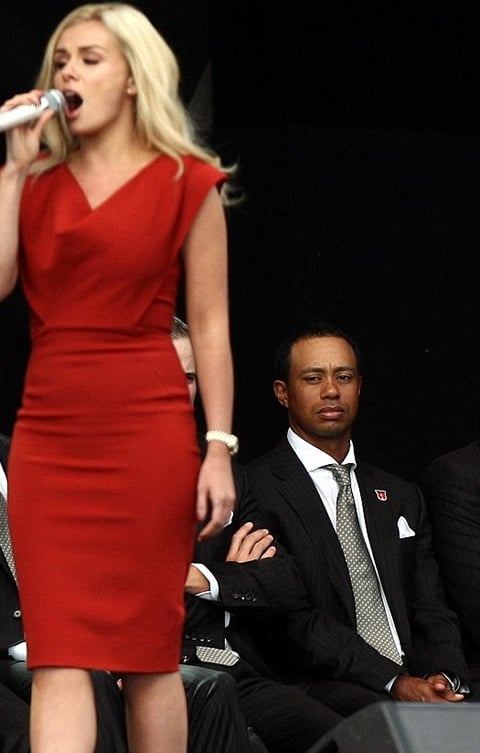 Now that Tiger Woods is officially single he is wasting no time getting back out on the prowl.

As this picture shows Tiger is licking his chops while staring at a nice piece of grade A blond white girl ass (his meal of choice). If you look into Tiger’s eyes there is little doubt that he will be mounting this woman sometime in the near future, and he may even sodomize her with that microphone.

Tiger Woods still needs to do a lot of rehabbing of his image. Not for cheating on his wife, but for doing it with such busted looking whores. Frankly it was quite shocking that a man of his stature could not pull better tail than that. I am just a humble Jihadist and I am pretty sure even I banged one of Tiger Wood’s mistresses in the bathroom of TGI Fridays in Chino.

Now that Tiger is single he can put his full focus on important things, like hole-in-oneing hot women thus restoring his image in the eyes of his white middle-aged male fans.