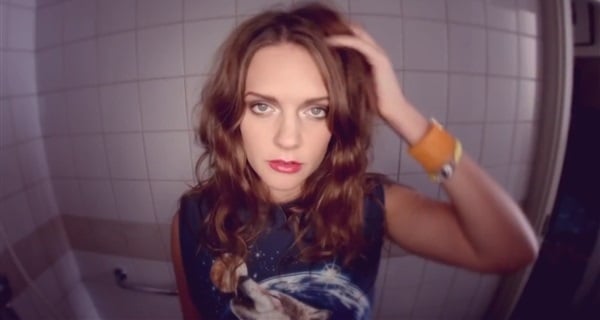 Swedish pop star “Tove Lo” has been quickly climbing to the top of the US pop charts with her new hit single “Talking Body”.

Of course it should come as no surprise that the secret to Tove Lo’s success is that she is a shameless whore. As you can see in the video below, while performing “Talking Body” in concert Tove Lo keeps flashing her sinful boobies to the delight of the depraved kuffar audiences.

For years now we have been warning that live sex shows were where infidel pop music was heading, as pop stars are in a race to the bottom to garner attention from the degenerate masses. Now it seems that we are just a year or two away from girls like Tove Lo bending over and spreading their ass cheeks on stage.

Of course you would certainly never see a woman like Tove Lo’s flabby pancake titties in a Muslim concert, and not just because all of our pop icons are big burly masculine men, but because as soon as the first lyric escaped this lecherous songstresses mouth the righteous crowd would begin pelting her with stones. Thus clearly the infidels have no one to blame but themselves and their lack of moral fortitude for the sight of Tove’s sad breast sacks in this video.