Who Wore It Better? Kim Kardashian vs. Shamu 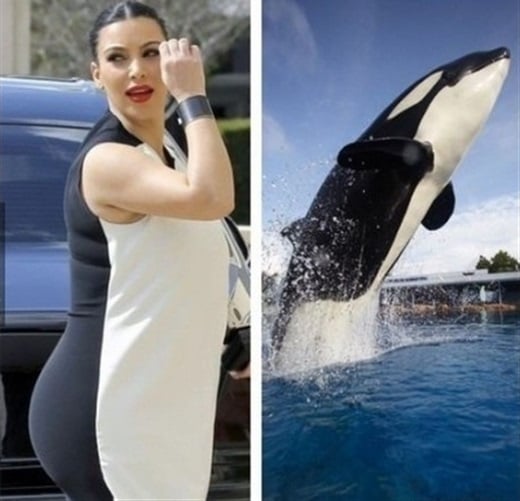 In a fashion faux pas Kim Kardashian accidentally wore the same outfit as Shamu to the LA premiere of the new controversial documentary film “Blackfish”.

Kim Kardashian added further to her embarrassment when she was shocked to find out that “Blackfish” is not a documentary about her gay fish fiance Kanye West, but rather killer whales in captivity at SeaWorld.

While no one wants to be compared to an enormous 10 tonne beast that stinks like fish, and is known for ferociously swallowing seamen… We hope Shamu will forgive us for asking who wore it better, Kim Kardashian or Shamu?